All aboard for plenty of fun

Ashley has always loved the water and after a couple of tough years he’s rediscovered his passion for sailing. 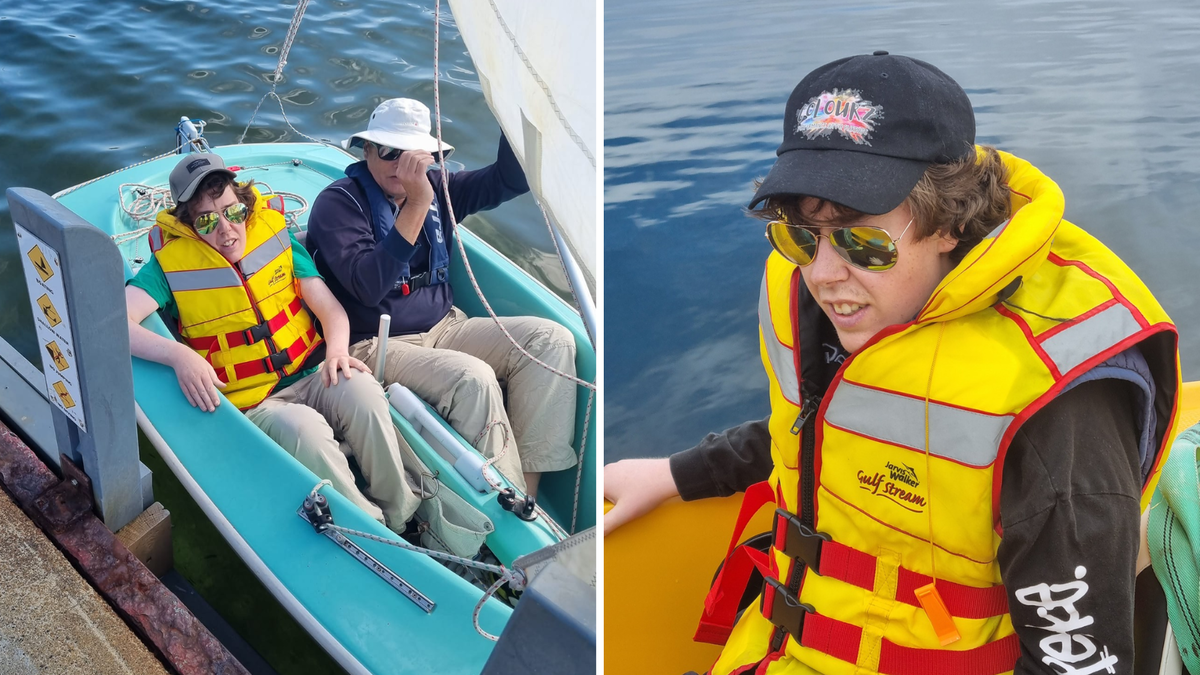 For InLife client Ashley nothing beats a cool sea breeze, billowing sails and the sensation of skimming across waves.

No matter the weather, it’s one of his favourite things to do and he sails weekly with Mornington Yacht Club throughout the season from October to April.

After a couple of years away from water and time spent in hospital, Ashley who has Prader-Willi Syndrome is back in the boat through the club’s Sailability program.

InLife Coordinator Christa Nullmeier said when Ashley, 31, joined InLife as a client he no longer had any programs in place so it was important to tap into some of his interests.

“We looked at some of the things he used to enjoy doing and said, ‘let’s get him back into them’,” she said.

Christa said the volunteers at Sailability, many who were retirees, were wonderful role models as well.

“They do a briefing (every time they go out on the water), so they’re teaching about water safety as well.”

Sailability is designed for people of all ages and abilities.

“Water is important to him, Mum and Dad grew up near the beach so he spent a lot of time doing walks down there.”

For information on Sailability and to find a club near you visit the website.

Best accessible beaches on the Surf Coast and Bellarine

From calm swimming spots to crashing waves there’s something for everyone on Victoria’s coastline. Check out our list of the top accessible beaches on the Surf Coast and Bellarine.

As the mercury rises, there’s nothing like a quick dip to cool off. Even if you live in the city, there are some great spots (all with beach matting down to the water) that don’t entail a long road trip.

5 tips for a long and enjoyable career in disability

InLife's Ally Brown shares her tips for building a long-standing career in the disability sector.