Mel’s story: From aged care to her own apartment

Mel spent a year in aged care before moving into Specialist Disability Accommodation with the support of a team of InLife support workers. 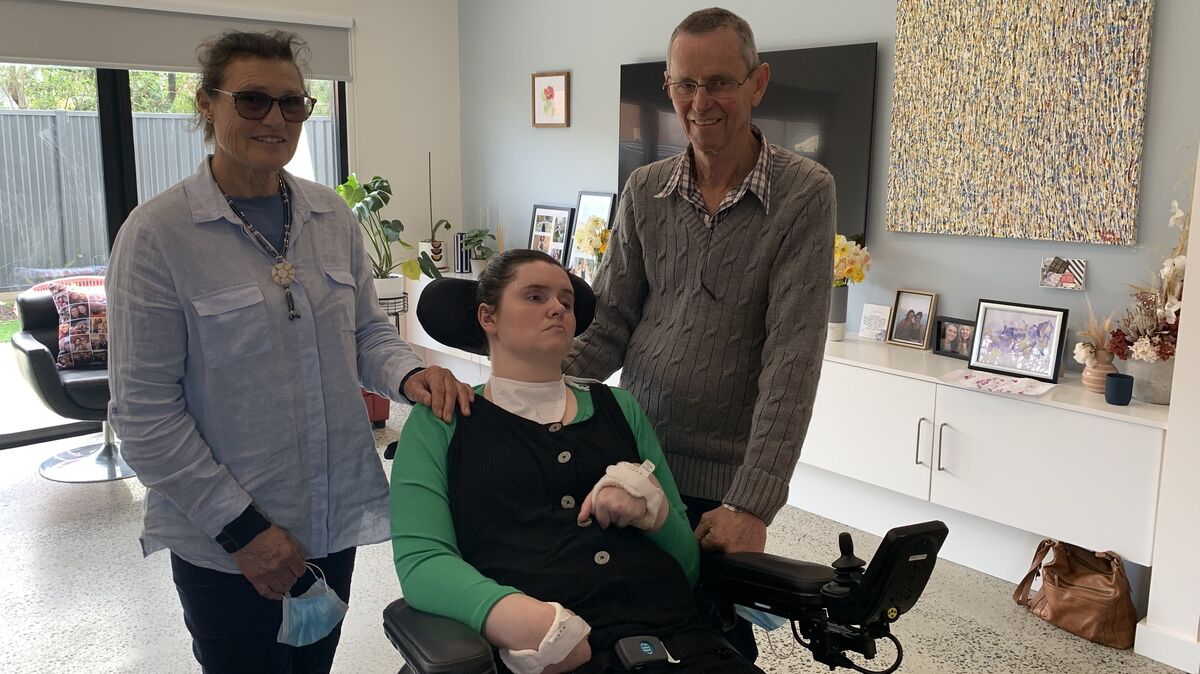 Mel with her parents Sandra and Jim at the SDA.

MEL spent close to a year in aged care at the peak of the COVID-19 pandemic while aged in her 20s.

She had been an active young mother when her life was turned upside down after a serious car crash in 2017.

Miraculously, her baby who was in the backseat was unharmed, but Mel suffered serious injuries including an acquired brain injury.

She was airlifted to the Royal Melbourne Hospital from Ballarat and spent two years at a rehabilitation centre linked to the Alfred Hospital before being transferred to aged care.

“For a couple of years, she had a rollercoaster journey,” her dad Jim says.

”But you made it through Mel, you survived,” he says with a hand on his daughter’s shoulder.

Having Mel “stuck” in aged care for a year was another big hurdle the family had to face.

She was unable to have visitors because of lockdowns, and the pandemic had also made staffing shortages worse.

“It’s a slow process (rehabilitation) but in the nursing home she was going backwards,” Jim says.

A year ago, Mel, now aged 30, was finally able to get out of aged care and into her own apartment in Specialist Disability Accommodation in Ballarat.

Built and managed by Adaptive Housing, Mel’s unit is one of five in the new complex featuring spacious apartments architecturally-designed with wheelchair users in mind.

The complex has a seven-star energy rating and each apartment has its own outdoor/garden area. There is also a communal area for BBQ and catch-ups.

Mel is supported to live in the apartment by disability support provider InLife, who provide and manage her team of Assistants to help with daily life.

“She’s just blossomed since she’s been here, it's such a huge difference - medically she’s been much more stable,” Jim says.

One key difference to being in aged care is that Mel now has her own personal support workers with her 24/7, not people “rushing in and out of her room”.

She is also supported to be up and go out, including to art classes and exhibitions.

Mel’s mum Sandra says having a good team to support her daughter who has complex medical needs was crucial.

“A good thing is that she’s got carers who know her so well,” she says.

“It’s been a big challenge, but thanks to InLife things are improving," Jim says.

InLife is providing onsite support to new apartments where technology is changing the way support workers do their job.

What I look for in a support worker

Finding the right support worker is about making sure someone is the right fit. Here, three InLife clients, Liz Spurdle, Cameron Davies and Lyn Amenta share what they look for in support workers.